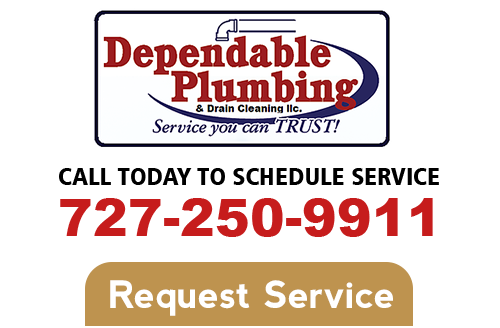 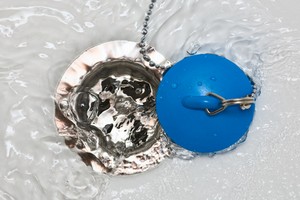 There was a young military couple who had just moved into a rental house after the husband finished his Naval Training. They had a young baby just a few months old, so they set up a nursery in the home.

Not long after they moved in, the young woman noticed an unpleasant smell. It was hard to find the source of the smell because it seemed to move from room to room.

One time the bad smell would waft around in the living room, another day it seemed to come from the kitchen, and another they thought it was the bathroom. Over time, the smell seemed to get worse.

On one occasion, the woman was cleaning the baby's nursery when the odor hit her in the face. The odor smelled of decay. She thought the smell might be from a dying rodent, so she hunted and hunted for it to no avail.

This went on for some time until the odor became so strong they could finally pinpoint it. The smell was coming from all the drains in the house.

What was in these drains? Did something die down in there? Of course, they couldn't see what was in the drains, but at least they finally knew what to do. They called a Clearwater plumber for drain cleaning service.

Those Drain Odors Are Unhealthy

If there is an odor coming from your drains, it's important to call a professional in Clearwater for drain cleaning. Deteriorating organic waste releases methane gas. Sewer gas is composed of a mixture of gasses. It can contain very unhealthy, toxic substances including:

There can be a horrendous odor from things like deteriorating food particles, hair, organic substances, and waste.

Sometimes pipes are coated with scale, a sticky substance that hardens. It causes narrowing on the inside of the pipe and will cause frequent clogs when built up enough. The bacteria from debris and waste will love growing there.

You wouldn't believe what is commonly found in people's drains. The list can go on and on. Most of the time, there can be significant bacteria growth within.

Odors are natures way of telling you that something is bad for you. Just think of a skunk. Skunk odor is composed of seven toxic chemical components.

Professional drain cleaning powers away everything from within your drains and pipes including bacteria. It can even cut through toys and rock-hard scale and tree roots that grow into the sewer lines.

Not only can clogs be removed, but years of goo, scale, bacteria, and build up will be removed. For healthy drains in Clearwater, call Dependable Plumbing & Drain Cleaning LLC.

Water heater had a leak in the water tank. Dependable Plumbing changed the water heater with a better unit that had brass fittings and more insulation for energy conservation. He also changed the frozen ball value for water heater shutoff with a gate value. Since he was there he also changed the frozen ball value for the main house water shutoff with a gate value and protected the pipe to keep it from being damaged by the weed eater. He was very professional and gave me an honest price for the job. I was extremely happy. He will be my plumber for all future projects.
- Bruce Barney
Read More

It is always very scary when looking for a plumber. Brandon has been a great find. He has come to our rescue twice in the last month. He is an excellent plumber, always there when he says he will be and has fair, reasonable prices. I would recommend Brandon to anyone looking for a great, honest plumber.
- Rusti Bryan
Read More